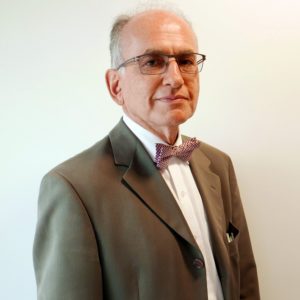 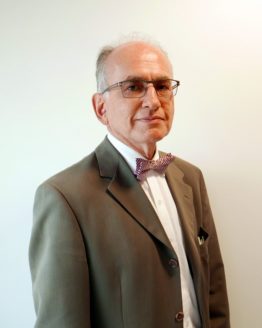 Dr Rassam Qualified in 1980 from the University of Baghdad. In 1986 he arrived to the UK on a scholarship for post-graduate training in haematology. He has been a Registrar at the Royal Free Hospital, London and Edgware General Hospital and a Senior Registrar and University of London Lecturer at St Bartholomew’s Hospital, University College Hospital and Hospital for Sick Children at Great Ormond Street. As a senior registrar, he conducted research into immune reconstitution following stem cell transplantation in children with severe combined immune deficiency. He received his Membership of the Royal College of Physicians and the Royal College of Pathologists in 1989 and 1992 respectively and was elected as Fellow of both colleges in 1997 and 1999.

He was appointed as a Consultant in Haematology and Oncology at Queen Mary’s Hospital in Sidcup in 1992 where he established a haemato-oncology unit including facilities and provision of stem cell harvesting and transplantation for the treatment of leukaemia, lymphoma and multiple myeloma. In September 2004 he was appointed a full time consultant to Maidstone Hospital as part of plans to develop a state of the art haemato-oncology service for the residents of West Kent within the Kent Oncology Centre where he was an Associate Director and the Head of the Department of Haematology for 5 years.

Dr Rassam has a special interest in the management of lymphoid malignancies and in research into the immune mechanisms and therapy of cancer. In 1997 he was awarded The Microscopical Society of Great Britain and Ireland Fellowship to study the technology and isolation of tumour infiltrating lymphocytes (the immune cells against cancer) at Harvard University in the USA. Following his return, he established a research laboratory at Queen Mary’s Hospital to study the role of the immune system in lymphatic cancer and has presented his findings in National and International meetings. Subsequently, he was awarded two research grants from the Elimination of Leukaemia Fund and Ortho-Biotech Pharmaceuticals to take his research further into non-Hodgkin’s Lymphoma in collaboration with the Rayne Institute and King’s College Hospital, London. This has lead to an internationally recognised study of gene expression profiling presented in an oral session at the American Society of Haematology Meeting December 2012, poster in 2015 meeting and orally in the International Conference of Malignant Lymphoma in June 2013. These are internationally the largest and highest rated meetings in the field.

He is an active member of the low and high grade lymphoma subgroups of the National Cancer Research Institute (NCRI), the British Society of Haematology, the American Society of Haematology, The UK Waldenstroms Macroglobulinaemia Group and an author on the British Society of Haematology Guidelines in Waldenstrom’s Macroglobulinaemia. He is an examiner and appointment advisory officer for the Royal College of Pathologists. He is the author of a number of National NCRI clinical trial proposals including the 4×4 study in localised marginal zone lymphoma, the PRAWN study in Waldenstrom’s Macroglobulinaemia, the OBOE study in Waldenstrom’s Macroglobulinaemia, high grade transformation of low grade lymphoma National study and an elderly lymphoma study using innovative treatment. Locally, he is the principal investigator for many trials in lymphoma at the Kent Oncology Centre and an X-Executive Member of the Kent and Medway Comprehensive Local Research Network. He is the chairman of the Hemato-Oncology Group in the Kent Cancer Network and responsible for updating the lymphoma and chronic lymphocytic leukaemia (CLL) pathways. He is the National Chief Investigator for the ASCEND study in CLL