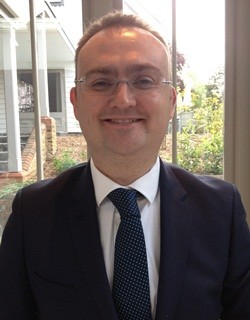 Dr Kitchen has undertaken research at Imperial College School of Medicine, Cancer Research UK and St Mark’s Hospital between October 1997 and May 2001.  The results of this and other research was presented both nationally and internationally and he was awarded his PhD in 2003 from the University of London.

He has a special interest in endoscopy and has developed his colonoscopy practice to a high standard and has been accredited as a bowel cancer screener at Medway Hospital in 2012.

Dr Kitchen has wide experience of general (internal) medicine.  He has received a number of awards for clinical excellence.

he was appointed Consultant Physician and Gastroenterologist in 2003 at Medway Maritime Hospital and has taken a leading role in inflammatory bowel disease, nutrition, endoscopy an bowel cancer screening.