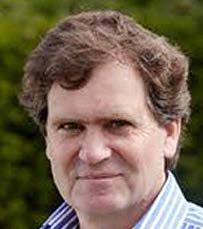 Dr Broadhead trained in medicine at Oxford University and the Middlesex Hospital Medical School, passing final exams with Distinction. He trained in psychiatry at the Maudsley Hospital in south London, during which time he completed a research degree on bipolar illness. He was appointed to a consultant post at the Bethlem & Maudsley NHS Trust, South London, in 1994. In that role (1995-1998) he treated patients with a wide range of adult mental illness, and developed a Mother and Baby mental health service, which won the Sir Graham Day Award for NHS service development (1999). He has spent approaching ten years overseas.

This time includes as a Research Fellow in neuropsychiatry at Johns Hopkins Hospital, Baltimore (1987), as a Lecturer in psychiatry at the University of Zimbabwe (1990-1992) and as Clinical Director for Mental Health Services in West Auckland, New Zealand (1998-2002). Teaching, research and publications have been mostly on the role of social factors in the development of anxiety and depressive illness. He has extensive clinical experience in the assessment and treatment of adult mental health problems. He specialises in helping those with stress related illnesses, mood disorders including depression and bipolar illness, anxiety disorders and alcohol related problems.